The race start point is Nida’s plateau, the highest plateau in Crete (average altitude, 1400 m.) The name comes from the articulation of the words “stin Ida”, meaning “at Ida”, where Ida is the second name of Psiloritis mountain. The view of the plateau and the feeling that’s created from all the infertile summits around you, trying to reach up the sky, makes right inside you the reason why the spirit of the cretan man transmuted to a deity, why Zeus connected his name with that area…Nida of myths. Nearby, there’s a sculpture made of stone called “the rebel of Peace“, stands for reminding the resistance of the villages around. (Place for warming up) A few meters higher, there’s a dirt road passing by Ideon Antron, a cavern with a great archeological interest. Zeus’s crying, the noise of the shields that Kourites were whacking according to the myth, Amalthia’s horn of plenty (cornucopia) and so many other legends for that place, brought up generations of pilgrims from all over Greece. That cave was already a cult site (sanctuary) by the end of the 4th millennium BC and continued being one with distinctive prosperity periods during the Late Minoan, the Geometric and the Roman years; all the offerings that were found there proved that. The marking of the European path E4 leads us after 2.5 km by an uphill couloir with a southwest route to a location called Akolita, a minor plateau, crossroad for most of the paths that lead to the summit of Psilorits. There we can see a lot of mitata, small stone lodgings with a characteristic architecture (protect shepherds from cold temperatures or rain, storage of milk and cheese) From Akolita, we continue uphill to meet a second couloir, leaving behind us a col called “sela tou Digeni” (Digenis’ saddle) and the summit called “Mavri Korfi” (Black summit) The wildness of the landscape offers serenity to the soul in a strange way and the view is already really special while we traverse Agathias (2424 m ) from the north side and after that, we finally have a visual contact with the summit, Timios Stavros (Rood), our fist target. When we get to the top, we can see the little church, dedicated to The Holy Rood and to Apostles Peter and Paul, built on 1900 AD, also very famous for the holy cross, that anyone who wishes could stop to see. The view from up there is literally breathtaking, since we can see almost the whole island: from the west side the impressive White Mountains (also called Madares by the locals), to the east is Dikti (Lassithi mountains), to the south the biggest plain of Crete, Messara and the cordillera of Asterousia Mountains by the Libyan Sea and to the north the city of Heraklion and Rethymnon by the Cretan Sea. From this point starts the descent, always following the marking E4 trail until we reach Kalogrades, another plateau with dense undergrowth right opposite to Kedros mnt (1777 m) and the fascinating sight of the Paximadia islets placed in the Libyan sea and even western Gavdos Island and Gavdopoula islet, the southest point of Europe. After Kalogrades, at Toumpotos Prinos location (1500 m altitude) we meet the shelter of the mountaineering club of Rethymno, which was built on 1984 and has availability for 30 beds. There’s one tree there, a great holm oak (that’s what prinos means) which pleasurably predispose for Pardi, a wood which starts some meters lower. From that point, the path stops and a dirt road of 13 km leads us to Kouroutes, our final destination. Just 3 km from the shelter there is a small cave, which its entrance is not clearly visible, due to roadwork that took place the past few years, but once, it was an entrance to a cave with stalactites and stalagmites. Mountains of Crete abound of caves; apart from that it’s known that Crete has the most caves in Greece and the deepest cave chasm in Europe. After that we enter Pardi, the impressive holm oak woodland of Psiloritis with so old trees perfectly harmonized to the landscape. The final destination is approaching; after we pass Mesoskouro and 2.5 km before the termination point, at a location called Lakoudia, we start see the houses and the olive trees of people that live in Kouroutes.

The track of the race in google maps 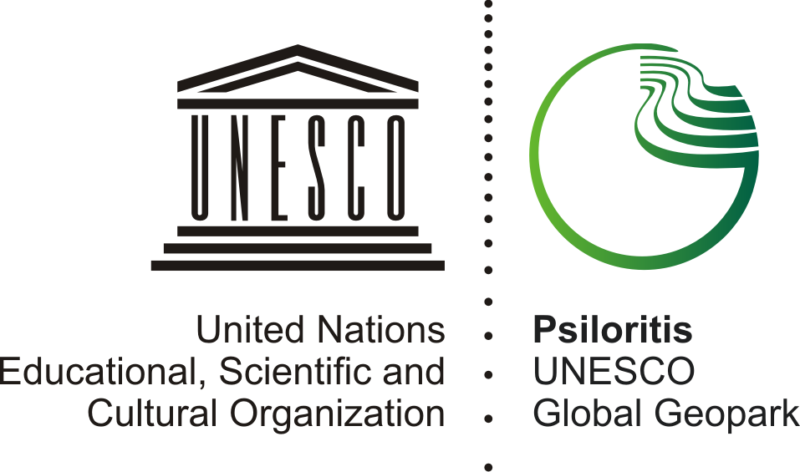